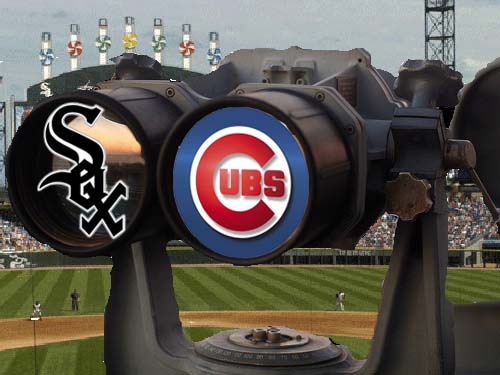 The good news for Sox fans is that the Sox can not look any worse than they did on Sunday afternoon when they let up five home runs to the Florida Marlins and lost 13-0. Some old school baseball took over which you have to appreciate when the Sox began plunking players who were stealing bases with a 7-0 lead. I like that because we all know about baseball etiquette, and the Marlins were acting like amateurs.

This week the Sox have their work cut out for them on the road going against the Cleveland Indians and the Tampa Bay Rays, the best team in baseball. Normally, I would not be concerned with the Indians but they’ve already beat the Sox five times this year, and the Rays are just plain good. The Sox lost to the Rays 12-0 earlier this year, so we’ll see how they fare in a four game series at the ugliest ballpark in baseball, The Tropicana Gymnasium. I hate that place! If the Sox go 3-4 I will be happy.

Meanwhile, the Cubs look like they might be getting some mojo as they held the Texas Rangers in check for two-out-of-three and split with Philly in a short two game set. I don’t think it’s unfair to start to get excited if you’re a Cubs fan. They have .500 in their sights and are only five games out with a weekend series against the hated Cardinals beginning this Friday.

This week will truly be a test for the Cubs legitimacy as a contender as they start a three game series against the red-hot Los Angeles Dodgers on Tuesday followed by the aforementioned Cardinals. If they can find a way to keep Aramis Ramirez on the bench and Big Z out of the rotation this could be a big week for the Cubs. A 4-2 record this week would most likely have the Cubs sitting at three or less games out of first and over .500 for the first time this season. The Cubs have made it to .500 three times this season and twice a three game losing streak followed.

A big week in baseball this week for Chicago, hopefully something positive happens.

8 thoughts on “Sox/Cubs: This week’s preview”