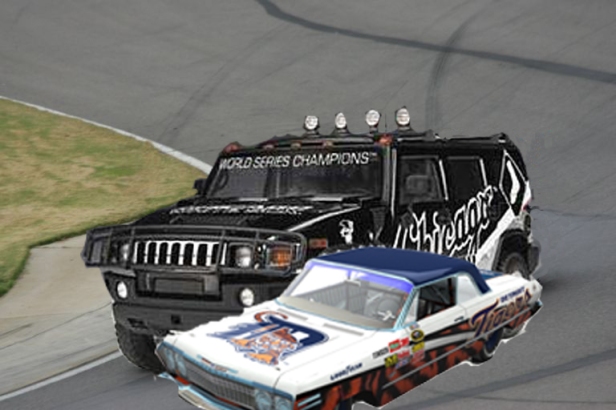 The White Sox remained red-hot and had another quality start from Freddy Garcia as they beat the Los Angeles Angels last night at US Cellular Field. The teams and fans had to endure a two-hour and twenty-minute rain delay before baseball started. The Sox and their fans had to also endure the news that Jake Peavy could be lost for the year. To top all that off the Sox committed a season high five errors.

None of that mattered as the White Sox won their fourth game in a row and moved into second place streaking past the struggling Minnesota Twins who lost for the tenth time in 15 games. Unfortunately the Tigers beat the very weak Baltimore Orioles again to cling to a one game lead over the White Sox. As I mentioned in my post a few days ago that the White Sox would be looking at Twins and Tigers in the rearview mirror, the Twins are there.

While the loss of Peavy might leave a sting for a moment it clears the way for Daniel Hudson who might have been with the Sox without the Peavy signing or if Garcia had struggled this year. He put up great numbers last year with the White Sox, 1-1 with a 3.38 ERA in six starts including a win over the Tigers on September 27, 2009.

I would be more concerned about losing Peavy if the Sox had their normal fifth starter issue, but that does not exist thanks to a 9-3, Freddy Garcia. I think the Sox will just keep moving forward without a hiccup. Next move is to pass the Tigers by Sunday who square off against the Twins this weekend.