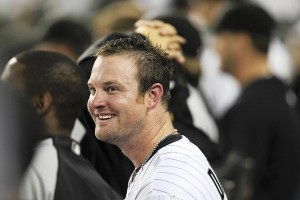 Is everyone in the White Sox nation a little calmer this morning? I hope so, as we’re acting like we’ve never been in a playoff race. I mean, heck, we won a World Series in 2005 and the Sox did their best to give everyone a heart attack in September where Cleveland was a series win away from knocking the Sox out of the playoffs. That didn’t happen, instead the Sox went on a tear that brought a baseball World Championship to Chicago.

The reason I bring this up is because it’s only August and Sox fans are acting like being a game out is the end of the world or is it sports radio that’s making a big deal about it? Most of the Sox fans I talk to you seem as calm and arrogant as I am about the White Sox right now, but listening to the Waddle and Silvy show on ESPN 1000 you’d think there were two camps; one that is in panic mode and another that isn’t worried at all. This idea may only exist in the head of ex-Bear wide receiver, Tom Waddle, but he brings it up on a daily basis.

I’m sure there is text and emails coming into the show because there are fans of every team in Chicago that the minute the team has a couple of losses it’s all doom and gloom, but I think that camp is much smaller than the camp that is expecting to see the White Sox post season baseball. Then then there’s the talk about having to add another stick to the team which is beginning to wear on me also.

The White Sox ran into a white-hot Baltimore Orioles team that won again last night. They swept the Texas Rangers, took three-out-of-four from the Sox, and have won their first to two games against the Indians this week. This all since the arrival of Buck Showalter. The White Sox hitting performance in Baltimore really stirred-up “the need to add a bat talk,” but as I stated Monday in the post “Panic Button” the White Sox bats will be fine. I would say that statement is accurate as they have averaged six runs in their first two games on this home stand, but hey if the Sox could add a little extra thunder I would love it! Is it necessary? No.

Gavin Floyd takes the mound tonight and I expect my prediction from yesterday to come true with a one game White Sox lead at about 10pm tonight.  FIRE!