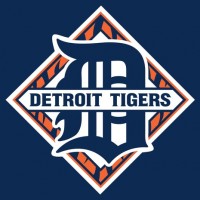 Well, the trading deadline has past and I’d thought I’d weigh in on who were the winners and losers in the AL Central, outside of one clear-cut winner, I think everyone faired well, except for the team that traded away their entire future for an average pitcher this season.

1 – Detroit Tigers
By far made the smartest most efficient moves to better their squad in the necessary areas without giving away the farm like another AL Central club. Doug Fister has been a hard luck loser on a bad ball club, the Seattle Mariners. Fister only has three wins this season despite posting a 3.33 ERA, while only allowing 139 hits over 146 innings pitched. Reliever, David Pauley is also an improvement of Charlie Furbush, who pitched well out of the pen for the Tigers, but Pauley has an ERA over a run lower. Enough said.

It pains me to say this, but even the signing of Wilson Betemit makes sense from the fact that he’s been a White Sox killer his entire career, which prompted the Sox to trade for him back in 2007 after the Nick Swisher debacle. Betemit committed three errors in the first four innings of a game and was not heard from much after that. It again cost very little and is an improvement over the struggling Brandon Inge.

2 – Sox/Twins/Royals
There might be people laughing at this right now, but by none of these teams making wholesale changes to their teams they’ve made a commitment to this season and next season by no real movement. Since the Sox had six starters and three players that can play third base they shed some salary and brought over a solid arm to improve the bullpen. With Edwin Jackson and somehow Kenny Williams getting a team to take Mark Teahan, the Sox cleared out some payroll without creating any holes.

The Twins did absolutely nothing which means they feel like making it a four team race, while the Royals only traded away Mike Aviles and his .222 batting average to Boston for two prospects. Again, a bold move for the Royals, but they have a solid nucleus and with the extra revenue next season from the All-Star game they might make some big offseason moves.

3 – The Cleveland Indians
Can’t figure the Indians out? Colorado refuses to release the medical records of Ubaldo Jimenez, so the Indians pay to fly him to their Spring Training facility to work out. He passed the physical so they sent the farm to the Rockies which included top prospects, Alex White and Drew Pomeranz. Both White and Pomeranz were considered the cornerstones of the future Indians’ starting rotation. Even more puzzling they sent Orlando Cabrera to the Giants for minor league outfielder, Thomas Neal, who is currently on the DL. Cabrera was only batting .244, but seemed to be pretty clutch for the Indians this season. Last I checked Jimenez won’t be batting and the Indians really needed some offensive help, but nothing there. Smart.

Kosuke Fukudome was putting together a solid season with the Cubs, but rumors are that the Indians thought they needed to trade for a Japanese player by MLB rule, since they had Shin Soo-Choo on the DL. Well, not really but it’s kind of funny.