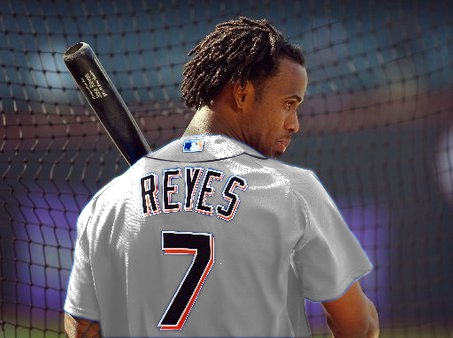 With close to $30 million coming off the top of what was already a relatively modest 2011 payroll of $106 million, the Tigers are in a great position to go after New York Mets’ superstar shortstop Jose Reyes this offseason if they so choose—and I hope they do so choose.

The leadoff spot should be the Tigers’ number one priority this offseason. A backup catcher, middle relief and second base are definitely other issues the Tigers need to address, but those are relatively easy to solve by comparison. The 1-hole was the glaring weakness in what was otherwise a very potent offense, finishing in the top four in the Majors in just about every category this season.

While Austin Jackson is a very talented young player, his 181 strikeouts and a .317 OBP just didn’t cut it as a leadoff hitter. He will be better served batting later in the order under less pressure. Reyes, on the other hand, would be the proverbial straw that stirs the Tigers’ drink as a prototypical leadoff hitter they have lacked. The reigning NL batting champ would provide the consistent bat and speed at the top of the order that would drive opposing pitchers inane and spark an already dangerous offense.

Acquiring Reyes would also help solve Detroit’s ongoing 3B issue by sending All-Star shortstop Jhonny Peralta over to the hot corner. Peralta is no stranger to third. The Indians moved him there—albeit begrudgingly—in 2009 as part of a rebuilding project that eventually led to him being traded to the Tigers. His acerbic relationship with then-Indians’ manager Eric Wedge and the losing atmosphere in Cleveland led to his discontent, but neither would be issues in Detroit.  Manager Jim Leyland and Peralta have a strong relationship, plus he would only have to look across the diamond at reigning AL batting champ Miguel Cabrera for an example of a star player whose ego wasn’t bruised by moving from his preferred position to make the team better.

The expiring contracts of Magglio Ordonez ($10M), Carlos Guillen ($13M), Brad Penny ($3Ml), Joel Zumaya ($1,4M), and Ramon Santiago ($1.25M) coupled with GM Dave Dombrowski’s shrewd construction of a talented young roster with few obvious flaws gives the Tigers a lot of flexibility going into this offseason. Granted, the club still needs to deal with arbitration-eligible pieces like Delmon Young, Rick Porcello, Max Scherzer, Phil Coke, Ryan Perry, and Don Kelly and faces a pay raise to Justin Verlander, but those deals will still leave them far under the $130 million owner Mike Ilitch has shown he’s been willing to spend on more than one occasion.

Ilitch himself sounds ready to pounce. The 82-year-old billionaire owns a vast pizza empire and four Stanley Cups with the Red Wings, but nearing the end of his life, he now covets a World Series ring more than anything. In recent interviews, he’s made it clear he’s willing to do whatever it takes to get one.

“I’m challenged to keep it there like the Yankees and the Red Sox. I haven’t totally zeroed in on our payroll yet. What I’m still trying to figure out is what we need for next year. I want to be in a position to make one or two additions, and generally, they’re pretty big additions.”

The timing couldn’t be better as the Tigers have never been so stacked with young talent and are poised to contend for years to come. One or two “big additions” should be all it would take to put them over the top. If Ilitch—and this Tigers fan—gets his way, Reyes #7 jerseys could be the hottest-selling gifts this Christmas in the Motor City.