The White Sox made the first move in the AL Central addressing their biggest issue, a solid third baseman, by trading for Kevin Youkilis. The Sox did not give up much and will only have to pay about $2 million of the remaining $7.5 million owed to Youkilis this season. Not only did the Sox get a more solid option at third base, but they also have more veteran leadership in the clubhouse. When trading for a player it isn’t just about his ability, but it’s how they will fit in with the ball club. Based on how loved Youkilis was in the Red Sox clubhouse he should fit in with the likes of Paul Konerko, AJ Pierzynski, Alex Rios, and Jake Peavy.

Youkilis will not just be an upgrade with the bat, but also in the field with Brent Morel gone for the foreseeable future and Orlando Hudson adjusting to third base. Youkilis heads to the White Sox with a .233 average that is 66 points higher than the third base position has produced for the Sox this season. He also have five homers that is four more than the Sox currently have at third. While Youk’s numbers are down, they have been steadily climbing and multiple articles have reported that most major league scouts believe he will flourish in Chicago. The change of scenery and knowing that he’s wanted by his manager and starting everyday will change his fortunes. He’s a lifetime .286 hitter and historically delivers in the clutch.

Of course, the haters were out with their comments about Youk’s mediocre year thus far, but it’s pure jealously because the Sox have a made the move they needed to early. I predicted this weeks ago, but I became so focused on the dollars and cents that I had Jake Peavy going to Boston for Youkilis. I did not anticipate that the Red Sox would be so eager to send a fan favorite to another team that they would eat a contract in Cub-like fashion. At that time, I also anticipated getting Danks back and Phil Humber not going on the DL. I think both of those injuries and the rise of Will Middlebrooks in Boston pushed this deal along.

“We just thought at this time it was necessary and necessary to do it sooner rather than later,” White Sox general manager Ken Williams said. “He’s very excited to join our club. He has a little edge to him, which I like. I think he’s going to fit in just fine with our ballclub.”
It’s exciting times on the Southside of the Chicago with the Sox looking to make a run at the AL Central and another World Series. If they continue to beat the AL Central, 15-11, they should he able to finish in first without a problem. The Tigers are playing .500 in the division and the Indians are 17-15, but only 4-8 against the Sox. I like our chances. 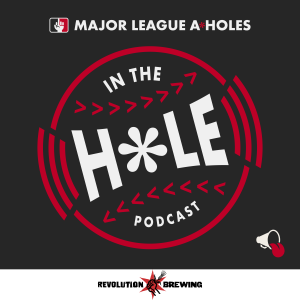